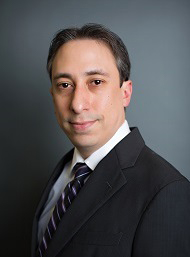 Dr. Garcia-Morell was born and raised in Puerto Rico. He graduated from the University of Puerto Rico at Mayaguez, and received his medical degree from Universidad Autónoma de Guadalajara. Dr. Garcia-Morell then completed a Fifth Pathway Program at Ponce School of Medicine where he was recognized with the Clinical Distinction Award.

Dr. Garcia-Morell completed his internal medicine residency at the VA Caribbean Healthcare System (VACHS) in San Juan, PR. There, he also had the privilege to serve an additional year as Chief Resident for the Internal Medicine Training Program. He completed his cardiovascular diseases fellowship at the same institution, and during his final year was named Chief Fellow for the Cardiovascular Diseases Training Program.

He subsequently completed a two-year fellowship in Clinical Cardiac Electrophysiology at the University of Florida in Gainesville under the mentorship of Dr. William M. Miles.

Dr. Garcia-Morell joined Clearwater Cardiovascular Consultants in the summer of 2017. He is board-certified in Internal Medicine, Cardiovascular Disease, and Clinical Cardiac Electrophysiology. Dr. Garcia-Morell’s special interests are all manner of catheter-based ablation of arrhythmias, including complex ablations of supraventricular and ventricular arrhythmias using both Radiofrequency and CryoAblation. He also has a special interest in cardiac device implantation including cardiac resynchronization therapy and leadless devices.

Dr. Garcia-Morell is a fellow of the American College of Cardiology.

If you have any questions about financial arrangements or billing, call us at 727-445-1990.